People don’t like to think about death. It’s something far away in the distance, we tell ourselves, something that happens to others who are a lifetime away from where we are.

It’s only when death comes close to us — when someone close to us gets sick, or even worse, passes away — that everything changes. We suddenly realize how fragile life is, and how finite time is.

But sometimes, we discover a bit more. Whether it’s a deathbed confession or people just piecing information together, we learn something new about the one who has passed away, too. Truth has a tendency to come out.

Redditor u/inthe801 recently posted a question for other platform users: “What is something shocking you found out about a friend or family member after they died?” And yeah, they responded. 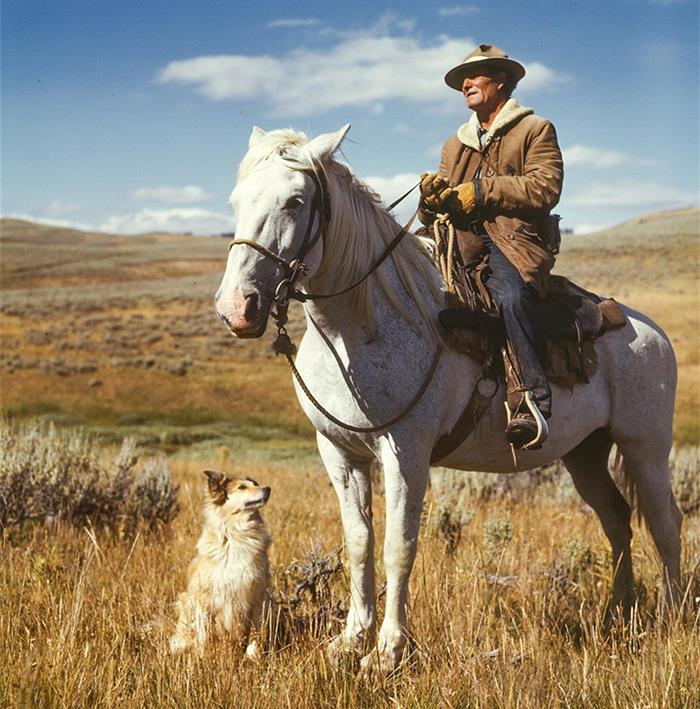 My grandad was a farmer his whole life. Ever animal loved him. We’d go to a new place and dogs would be coming straight to him, horses would cuddle with him. He just had a charm with them. When cleaning out his closet and digging in his pockets to make sure nothing of value was thrown in the wash, we found grains, bits of dried meats, dog treats, bits of old carrot (for the horses). Man’s been bribing animals with food all this his life. 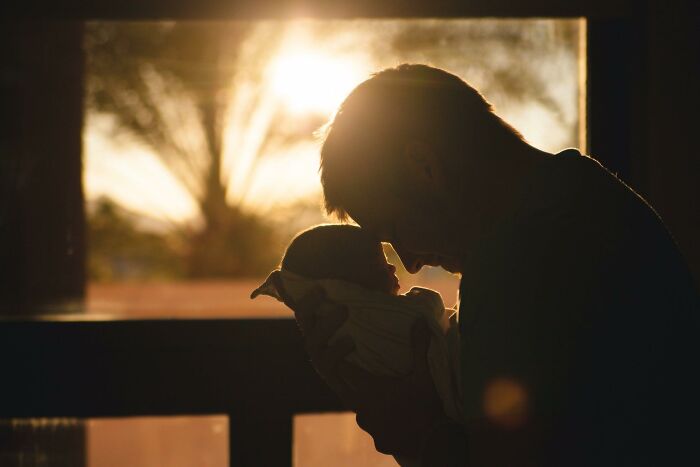 My dad gave up a 100% fellowship for a math PhD in order to work to provide for an unanticipated pregnancy (me). He really wanted to teach and he was a natural. In the 60 years I knew him, he never mentioned the PhD or fellowship opportunity. Not once. I found out going through his papers after his death. 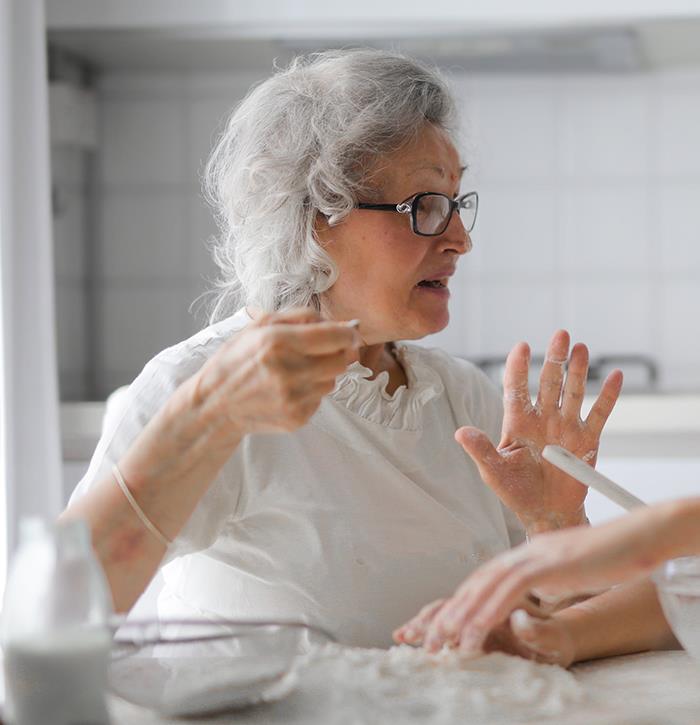 I took care of my dad before he passed, and also handled his finances afterwards (I am the youngest of four). Come to find out my parents were divorced well before I would have been conceived. That plus the fact that I have blonde hair and blue eyes and all my siblings have dark hair and brown eyes, pretty much got the ball rolling and I started to ask questions of my mother and other family members. Mom initially denied it, but after I came back with Ancestry results showing another man was my biological father, she came clean. 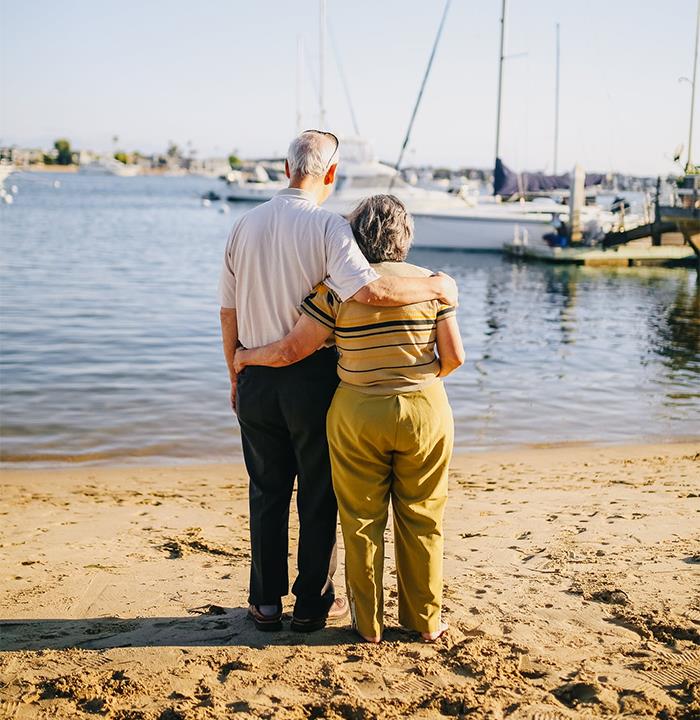 My grandpa had a secret family that he kept up with our whole lives and never said a word about. There were graduation pictures, Christmas cards, the whole deal. Completely blew our minds 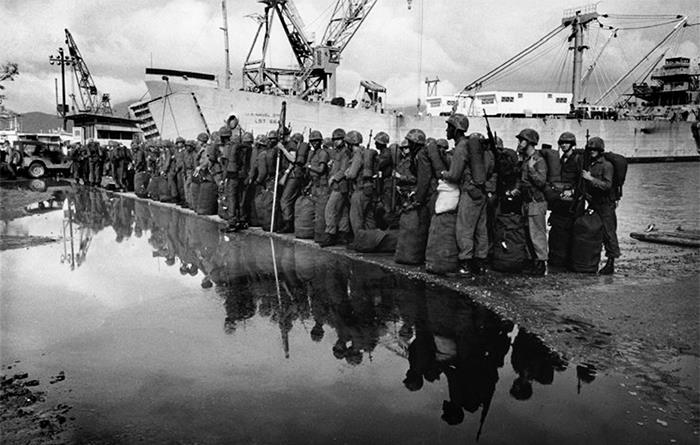 After he died, found out dad served in Vietnam as a combat medic. Kinda explains a) why he never said anything about it b) was so resistant to me enlisting at 17 and c) had really good first aid skills. He was also married twice before meeting my mom and published a heap of fiction and non fiction books. 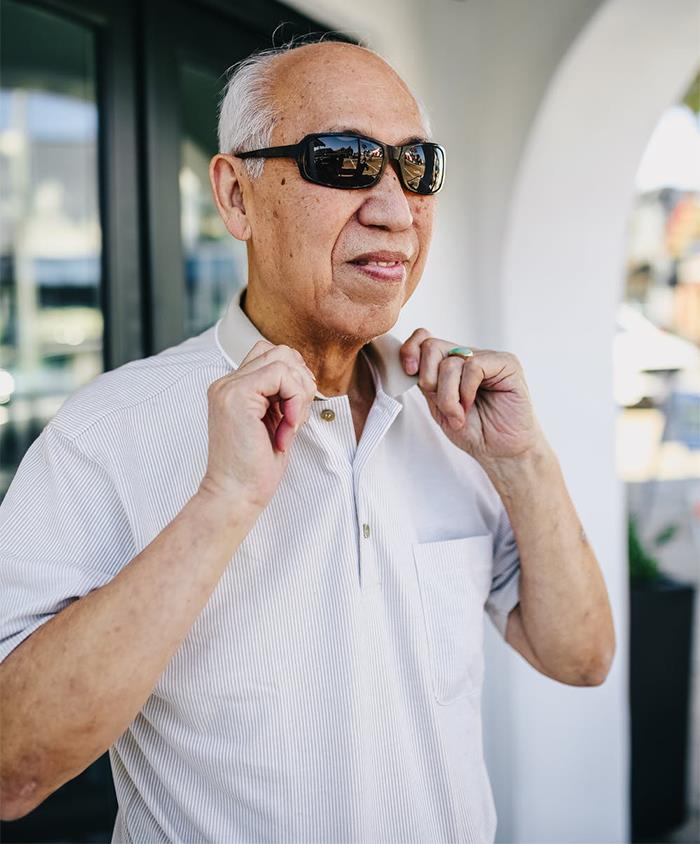 My great-grandfather had not, in fact, been eaten by a bear on Mt. Rainier (he was a park ranger). Instead, he’d been cheating on my great-grandmother and was summarily run out of town by her brothers. He moved to Alaska and nobody knew what had become of him until we located his grave, many decades later.

My dad passed away in an accident four years ago, and it totally broke my mom and siblings. He and I never really got along, so I was sad but didn’t take it nearly as hard as my family. A year after he passed, my mom gave me his old desktop when my computer died. I found out that he’d been cheating on my mom for years when I stumbled onto the folder where he saved every chat log, picture, video, etc. Most of them were only online, but he met up with one woman while he was out of town ‘for work.’ I’ve never told my family and don’t think I ever will. 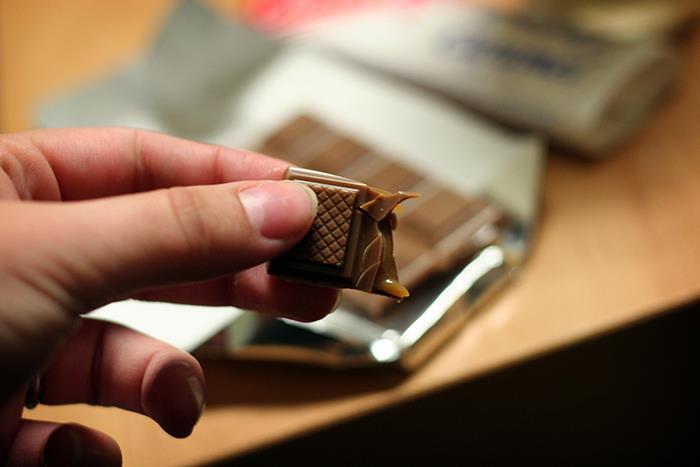 My great grandpa on my dad’s side lived to be 101.

He was the pinnacle of health for his entire life. Ate a very good diet with basically zero sugar, got regular exercise, and had all his mental functions and senses even in his old age. The man was still walking everywhere and taking busses on his own until literally the day he died.

He passed due to medical complications after a broken hip from a fall when he tripped on some steps. After he was gone, my family went to clear out the house and get everything in order. My dad opened a drawer to find a hidden stash full of chocolate bars and wrappers. The dude was so proud of his health that he felt the need to hide a sweet treat from his own family. 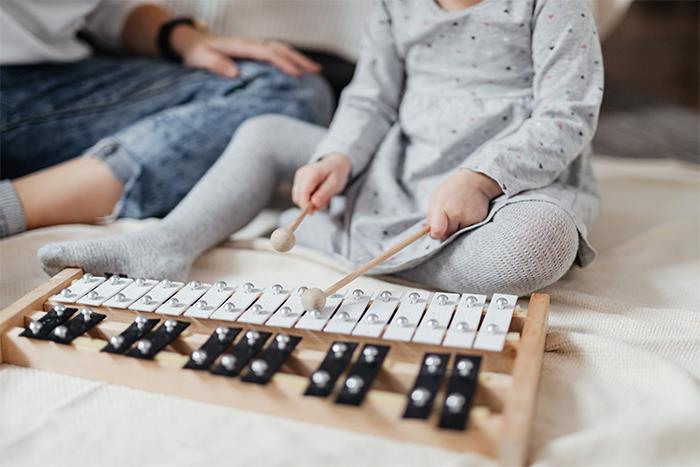 Great grandma lived in a boarding house while great grandpa was a traveling salesman. There was a nicely dressed man who would come through on business like clockwork. He thought 4 year old grandma was adorable and would watch her for great grandma if she needed to run to the store. He suddenly stopped coming around and a few weeks later great grandma saw his picture in the paper. Turns out, she had been letting Pretty Boy Floyd babysit her kid. 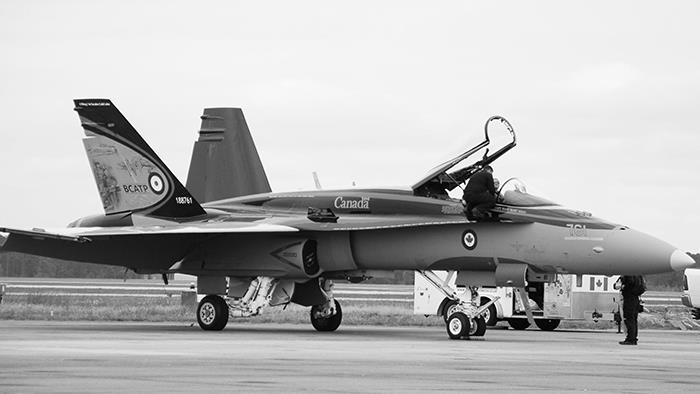 I found out my father killed a guy when he was like 19. It was an argument over a girl, they gave him a choice of jail or the army. He chose the army then switched to the Air Force, was in for 20 years. 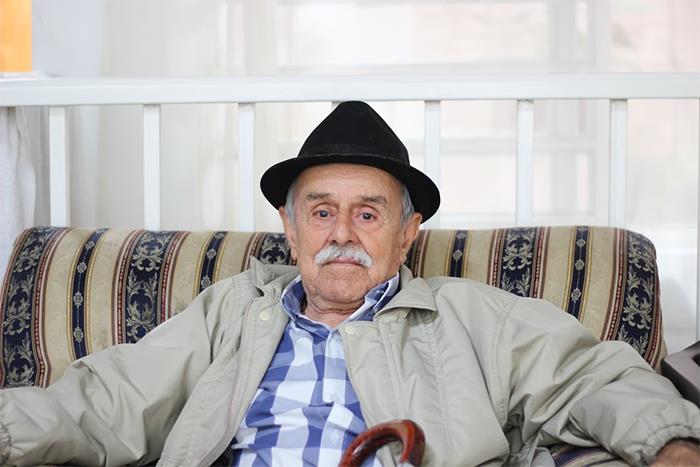 My Uncle Jack was a quiet mild mannered man, with a good sense of humor. He looked like a slightly shorter, slightly slimmer Burl Ives. He was a successful psychiatrist, highly respected in his field.

Turns out he was also an OSS Agent during WW2. He never told anyone anything about what he did in the war. His two sons, an attorney and an Army ranger both asked him about it and he wouldn’t tell them a word.

My great aunt and uncle never had kids so they treated me and my siblings like their grandkids. My aunt died ten years ago this year. So I was looking up her grave site so I can visit and saw a suggested link to a page about the grave of her child. I was very confused because I always just assumed they didn’t want kids. Turns out they had a son who only lived to be a few months old. Made me sad to think that they did want kids and either couldn’t or wouldn’t after their son died. 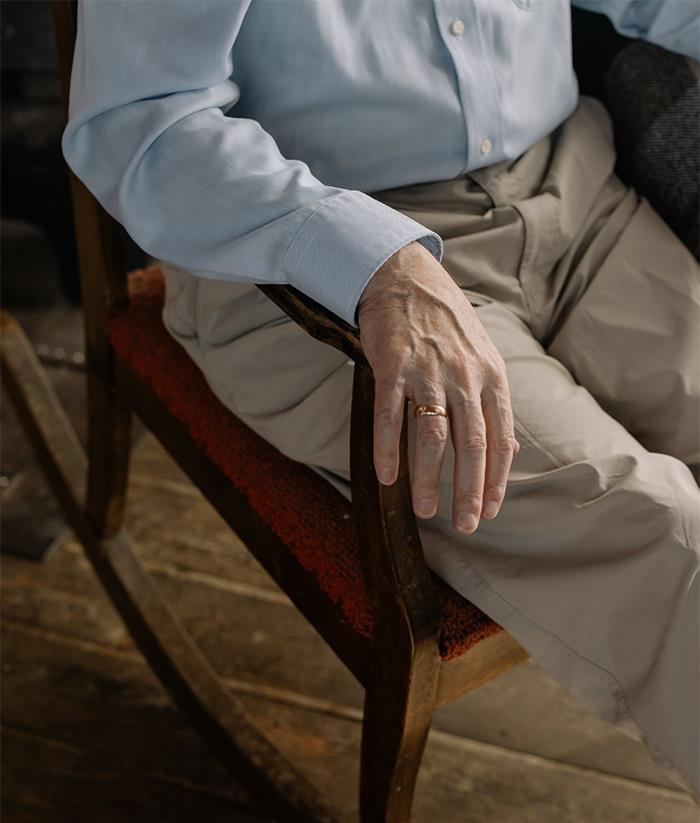 It’s not an unpleasant thing by any means, but it was definitely a surprise.

My grandfather passed away at the start of 2020, and he was a beloved man by his family and community. I think it was my aunt who told the story at the funeral, but it was about when he was stationed in Japan serving in the United States Air Force.

One night he found an airman trying to assault a young Japanese woman who did their laundry. My grandfather was raised in a home with an abusive father figure and did not tolerate any form of cruelty to women or children. He beat the man within an inch of his life, and was sent to a different camp for six weeks.

A similar story I already knew growing up was how he did a similar thing to a man who was beating his children in a Wal-Mart parking lot. Our family jokingly called it “Walt-Mart” from then on. (his first name was Walter) 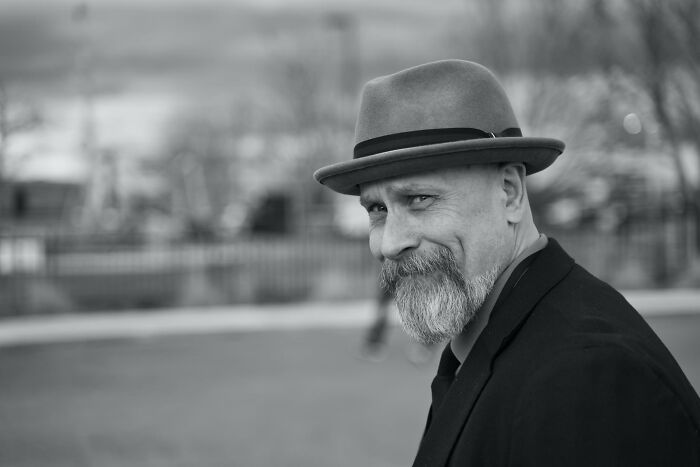 That my grandfather changed his last name to hide from something (I think the law). My last name is something he thought was funny at the time. Nobody knows for sure what the original name is, or why he went on the run. 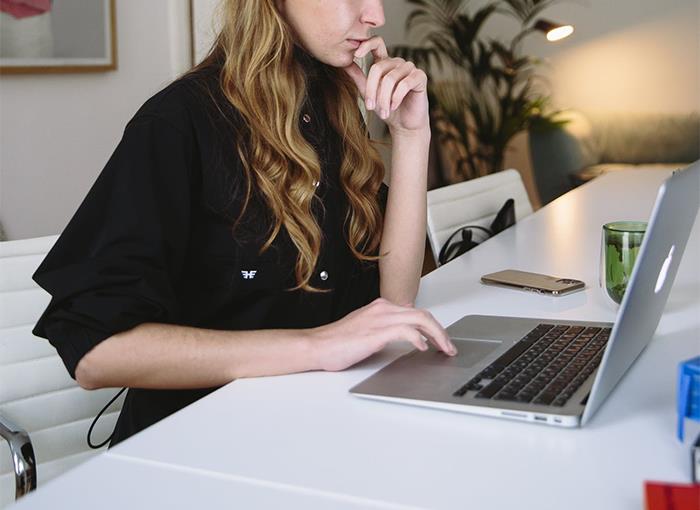 Most shocking thing I found out was that he existed.

Researching my family tree (got back to 1550) found I had a direct uncle with Downs Syndrome. Poor f*cker was just shoved in a home and forgotten about ’till he died. 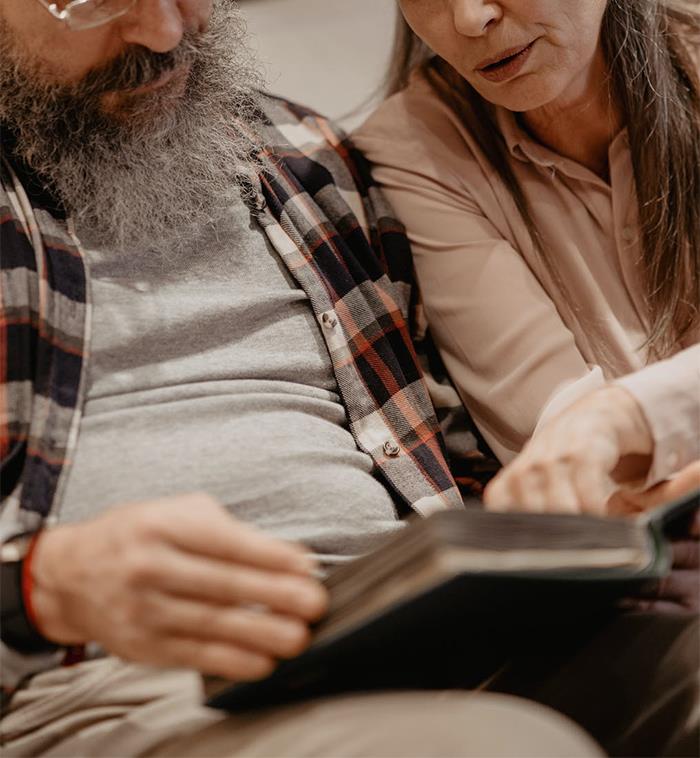 My great-aunt and great-uncle were siblings who had an incest relationship for most of their lives. They shared a house for the last decades of their lives which I always thought was very sweet, siblings caring for each other as they got older. Some of my best childhood memories are of visiting them and playing in their big yard with their dogs when I was a little kid. Years ago, I was talking with my father about how much I missed them when he just offhandedly told me that the two were in an incest relationship since they were kids. My mother confirmed, laughing at me like I was dumb for not knowing when it was obvious, which it apparently was since everyone in the family knew except me.

I posted about them before on my old account. Some recent family issues brought them back to mind again. All my good memories feel questionable now and I keep thinking of small details about them that make sense in a very different way. Honestly, I just wish I had never been told and could keep my memories of them as they were. 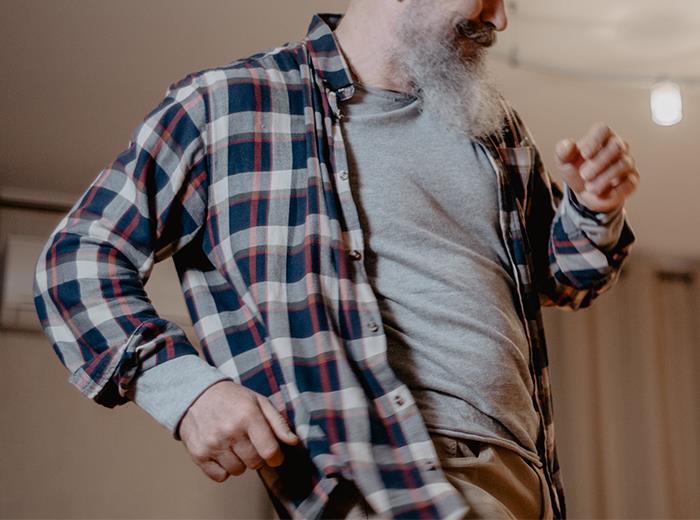 Years after he died, I found some of his journals and had them translated into English. 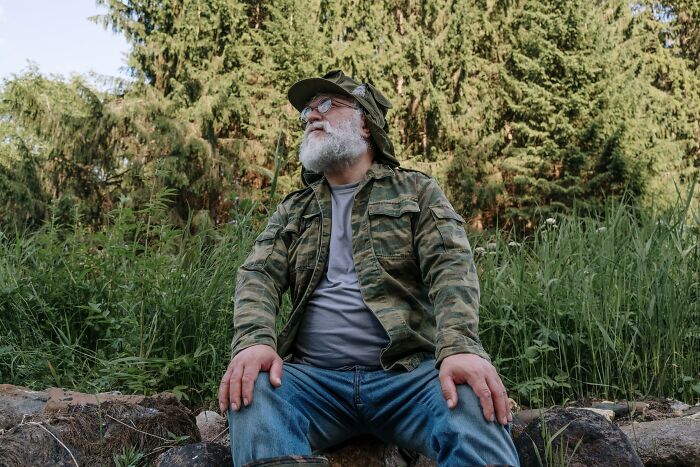 My grandpa lied on his immigration papers when he came over from Canada.

He was literally an illegal immigrant that was almost deported but got to stay because it was ww2 and they said they’d give him citizenship if he joined the military.

He spent his late dementia years talking about how “illegals were ruining America” Ironic.

After my Grandma died we found a letter from an unnamed woman to my grandfather. It was a letter claiming that my grandfather was the father of her child. That if he wasn’t going to leave my grandmother for her she would abandon the baby with them and would have no part in raising it. With the death of my grandma no one else alive in my family had any idea what this letter really meant. Basically anyone who could give any clarification was already dead. Did my dad have another sibling? Was my uncle secretly not my grandma’s biological child? Was she lying and there was no child? We will never know. 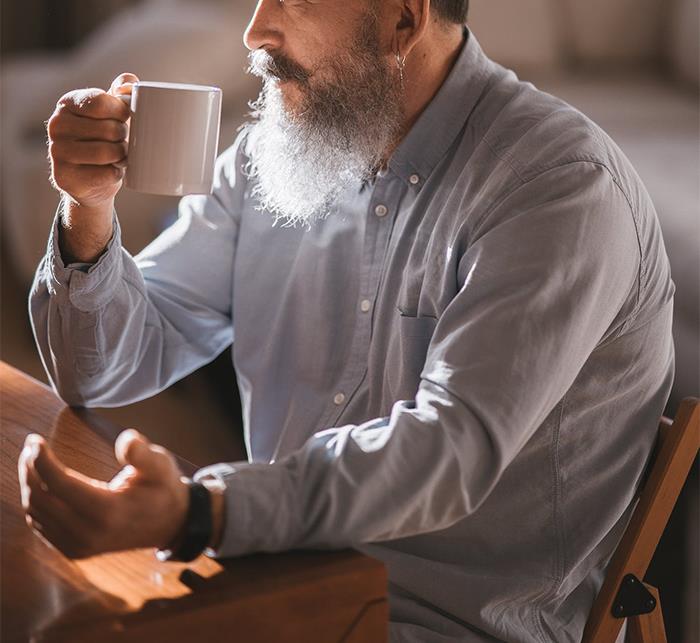 My grandfather had an affair and had a son to prove it. We found this out through an ancestry test. I got to meet my half uncle, who lived one state over. He was a shy, but really nice dude. Only a handful of the family wanted to and met him. The majority don’t know of his existence, and the other handful that know want nothing to do with him. 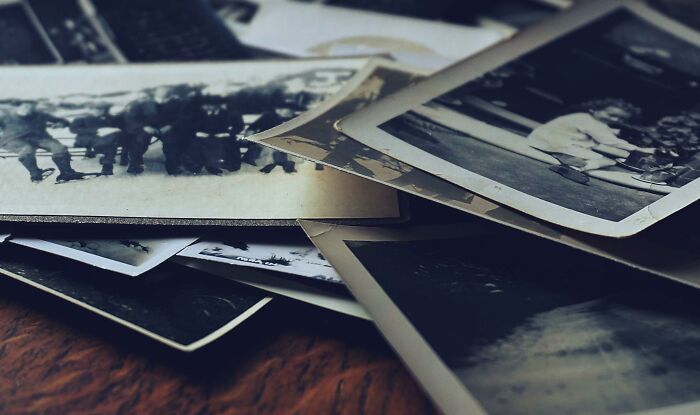 That my dad had a brother who he lost in Bolivia at age 11, I just found out about a year ago when I was moving and found a old black and white picture of a kid. I asked my mom, “who’s this?” She causally says,” your dads brother who went missing when your dad and him were kids he was 11, im keeping it in case he wants to buy it back” Weird thing to not tell me for 20 years. 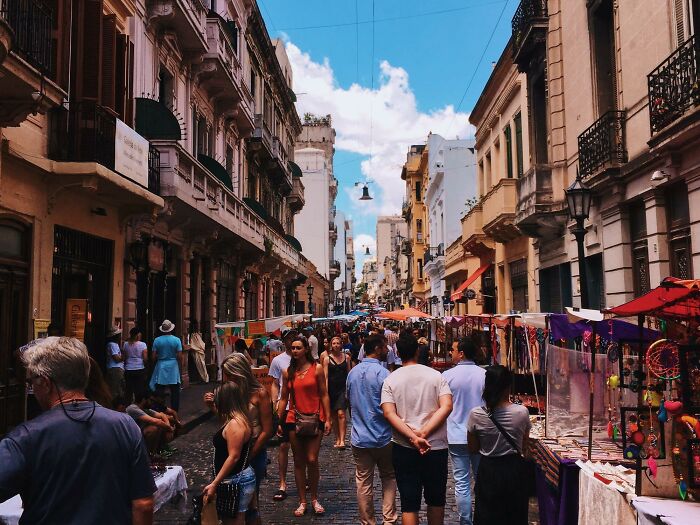 My wife’s uncle was a field agent for the CIA.

They would fly he and his wife to Italy where they would swap out their ID’s. Issue them their cover ID’s and then fly them out to pose as Italian Tourists.

My spinster aunt had an affair with a married man years ago. Not particularly shocking by today’s standards but I had always regarded her as this sweet-natured and celibate old maiden aunt. Turns out she had quite the colorful past which my family informed me of (after her death) when I was old enough to understand.