Just when you think you’ve heard every trick in the choosing beggars‘ book, a creative comes forward and shares more absurd tactics these people use to get free stuff and services. This time, it’s Jamie Mathias.

A few days ago, the UK-based musician posted the exchanges he has had with people who believe that exposure is the best payment and demanded that he create (and sometimes fly to another country to perform) original songs for free.

“I’ve been a singer-songwriter for around 10 years, releasing several of my own tracks (either self-released or through indie-labels), with a couple of my singles charting,” Mathias told Bored Panda. “This brought me a half-decent following across platforms and then around 5-6 years ago, I decided to write bespoke songs for other people.”

Usually, it’s composing a wedding song for a special moment during the ceremony, like a speech or the first dance. “The demand has grown exponentially which means I receive a lot of enquiries,” the musician said. “Most from very reasonable people but as you can see, some from people who expect the world for nothing.”

Outrageous requests I’ve had for personal songs from people who really don’t understand how businesses work [A THREAD]
–
1. You’ll build a name for much quicker for yourself by doing this for free pic.twitter.com/uyQVTK1133

And there’s no shortage of them

2. The man who thought I should cover the cost of my own flight to his wedding in Italy and write the song for free so I could get a nice video out of it. pic.twitter.com/SX8E8RBeZX

3. The man who offered to pimp out his bridesmaids and wouldn’t take no for an answer pic.twitter.com/tvHV8sz7Tp

4. The woman who wanted a song for her horse riding company with no budget, in exchange for me sharing it to my facebook for exposure. She blocked me after I asked for a horse in exchange 😢 pic.twitter.com/oa7Ye5tMfD

6. The one that compared sharing a song to 2000 followers to @justinbieber sharing it pic.twitter.com/NFtn0rG3oI

11. Someone who saw my car was stolen and thought they’d shoot their shot pic.twitter.com/NuqlDrBZAO

12. Not about usual business but a request for my semen instead pic.twitter.com/SJB9ruKJt4

13. The song I wrote for the woman at the start of the thread https://t.co/nGMObst5Z2

17. How could I forget this gem! One of my favourites. Someone who was quoted and invoice £1050 and mistakenly read it (twice) as £10.50 and that’s what he put in my account. I must think I’m Ed Sheeran or something. I particularly enjoyed the shock when I sent £1.05 back pic.twitter.com/uCBFmsyfne

19. I just wanted to share some of the positives for those of you who are losing faith in humanity. These are real life paying customers, like a unicorn or the Lochness monster. pic.twitter.com/52GH3d7uny

20. The person who was sick in hospital and a free song would have lifted her spirits pic.twitter.com/Ce4O0BS2vQ

Many creatives and ordinary folk related to Jamie’s thread 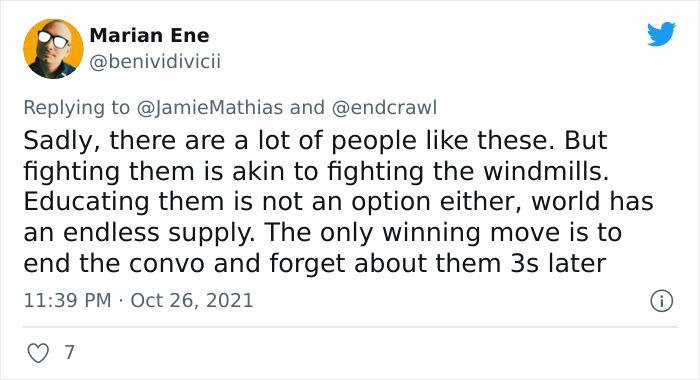 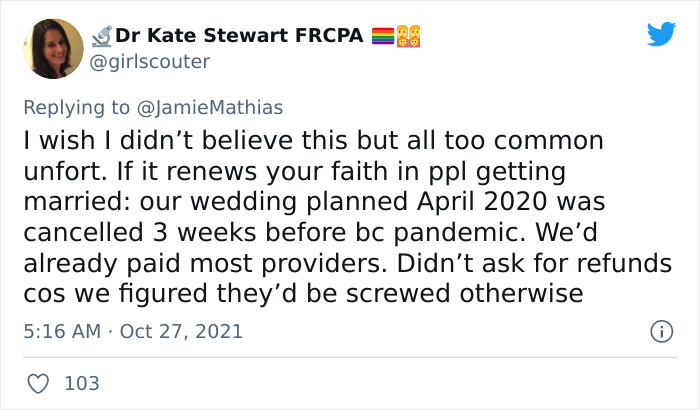 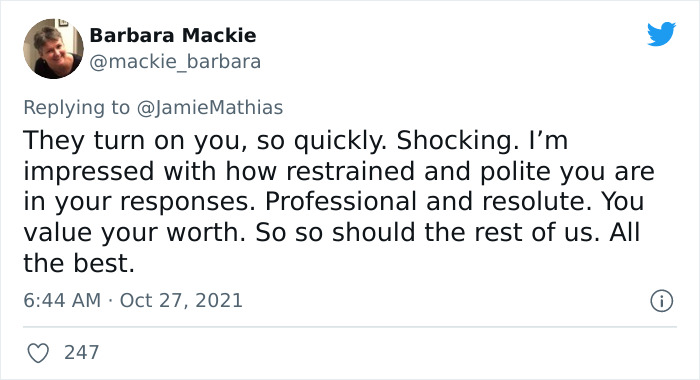