We are seeing some couples forgo the traditional wedding cake in favor of modern alternatives, like towers of cheese and pie stations, but most weddings in the U.S. still include a wedding cake. After all, it’s one of those long-standing traditions that doesn’t just end that easily.

But it turns out that some newlyweds may turn a little overcontrolling when it comes to who eats their cake and how many slices, exactly, they have. This is what happened to one wedding-goer who recently shared a screenshot of a message they received. The text said “Hey, so we were just looking at the CCTV and saw that you had two pieces of wedding cake.”

The couple announced that each guest had to contribute towards the cake and pay £3.66 per slice! As you can imagine, this unusual approach didn’t go unnoticed and people on the r/weddingshaming subreddit where the story was posted just couldn’t miss a chance to comment on the absurdity of this situation.

The couple charged their guests £3.66 for each slice of the wedding cake they ate, and they even checked the CCTV footage to see how many they had 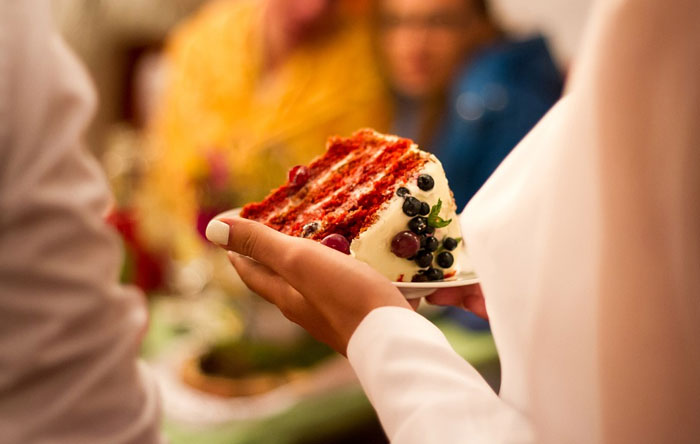 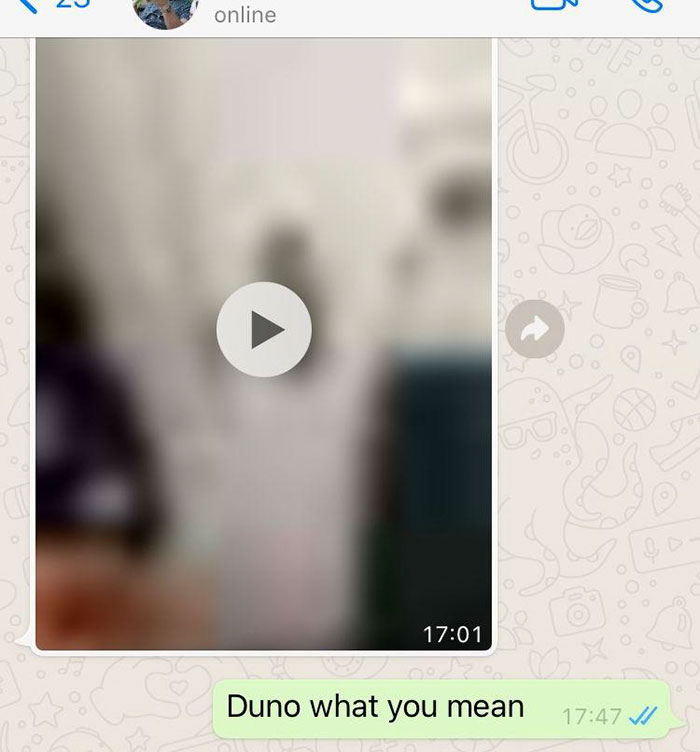 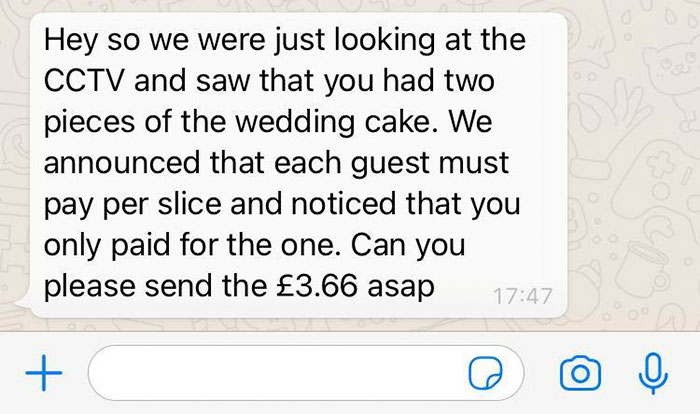 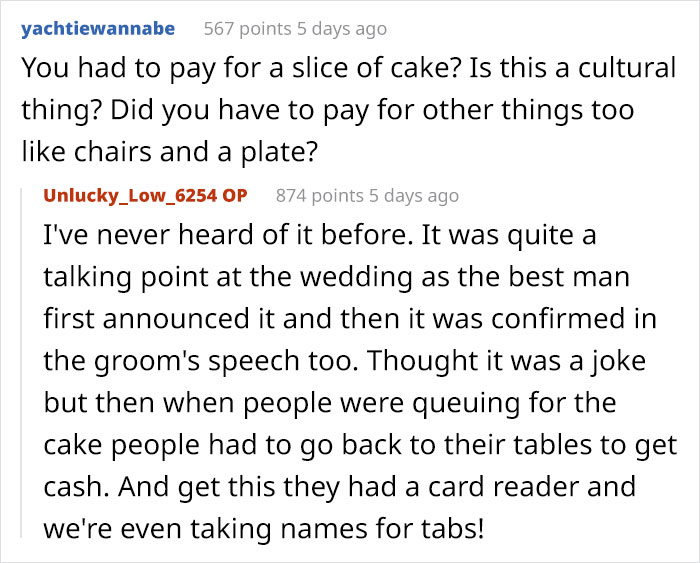 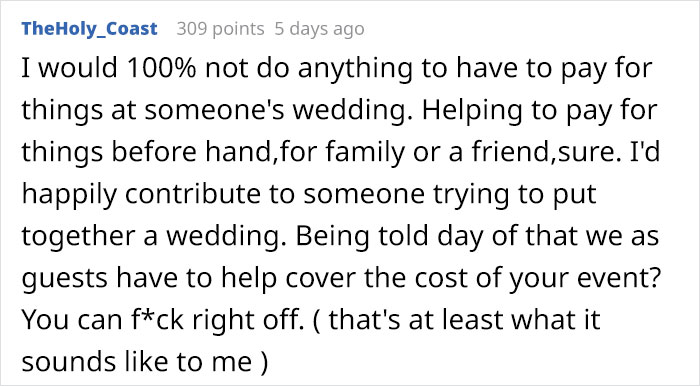 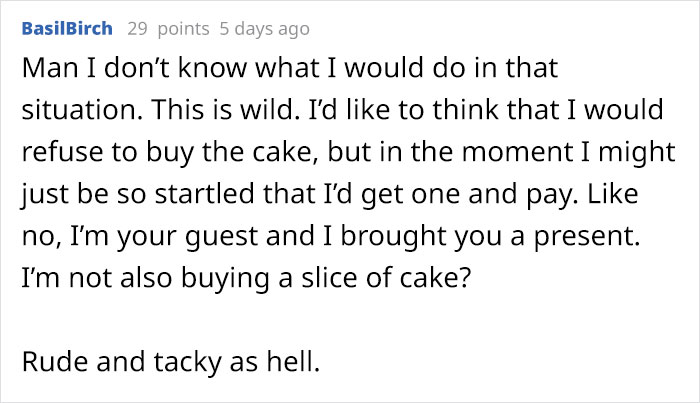 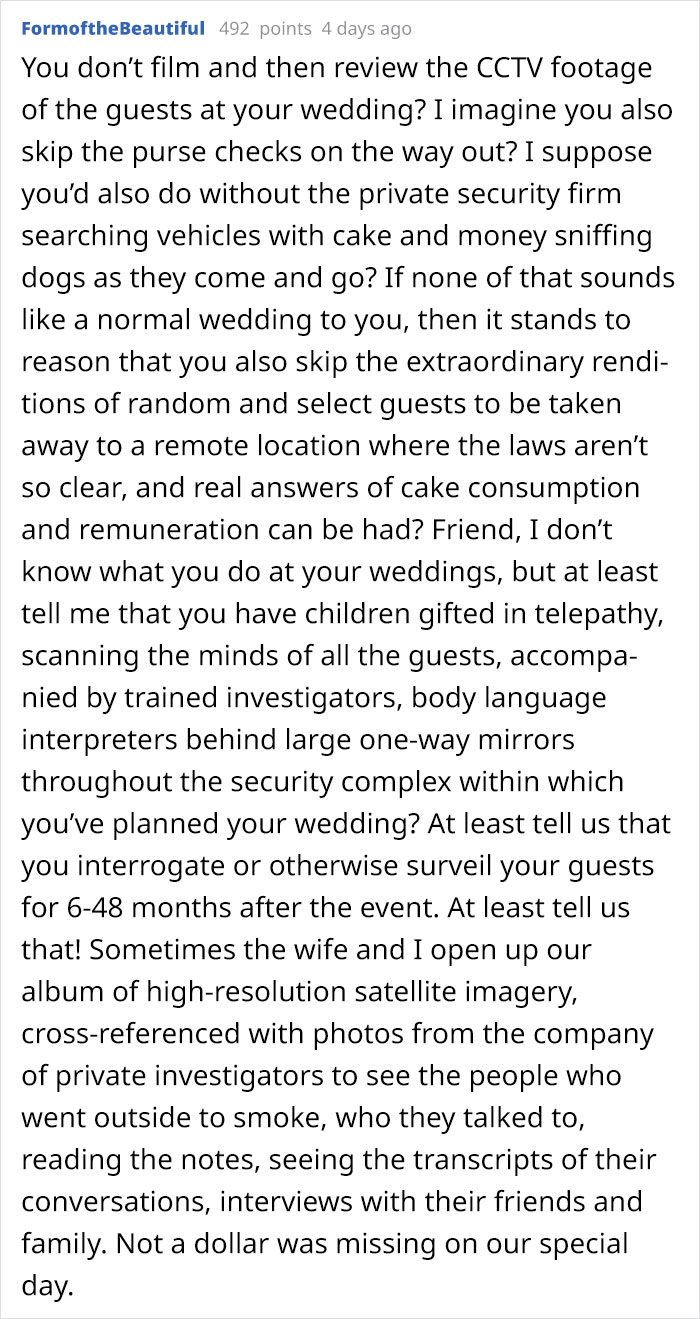