Of course, companies need to have rules. But they issue one that’s just a lazy way of creating order, the employees won’t be too psyched about following it either. And this story is an excellent example of that.

When Redditor u/CrazyCatLadyBoy worked at a computer store, he had to follow its dress code. And an important piece of that dress code was a tie. In fact, it was so vital that when u/CrazyCatLadyBoy forgot it at home one day, management made a huge deal out of it and gave the poor guy a real corporate spanking.

However, u/CrazyCatLadyBoy was not to be outdone. Over the next couple of weeks, he developed a revenge plan that would both comply with the policy and point out how ridiculous it was. 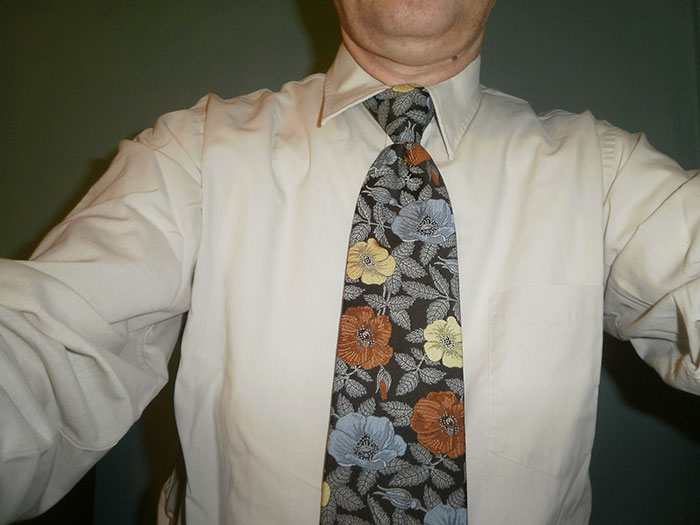 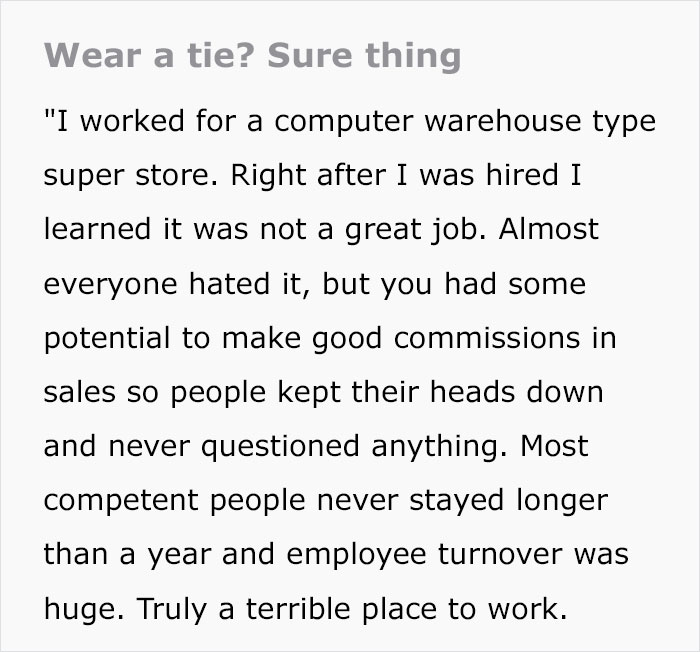 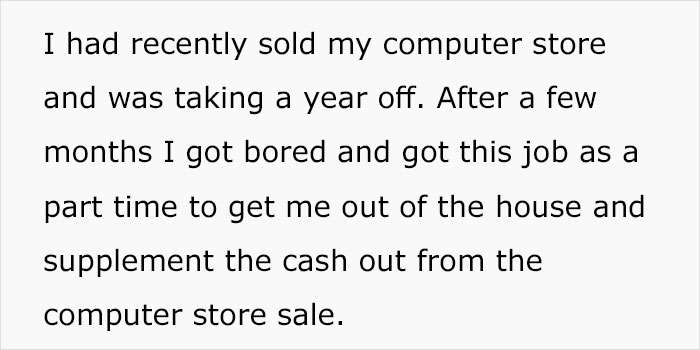 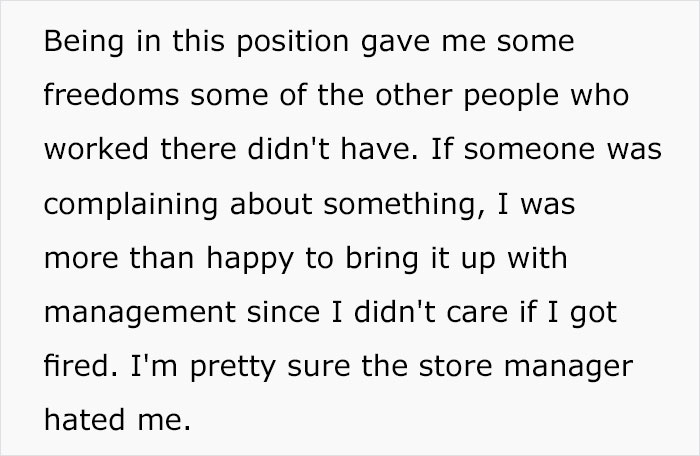 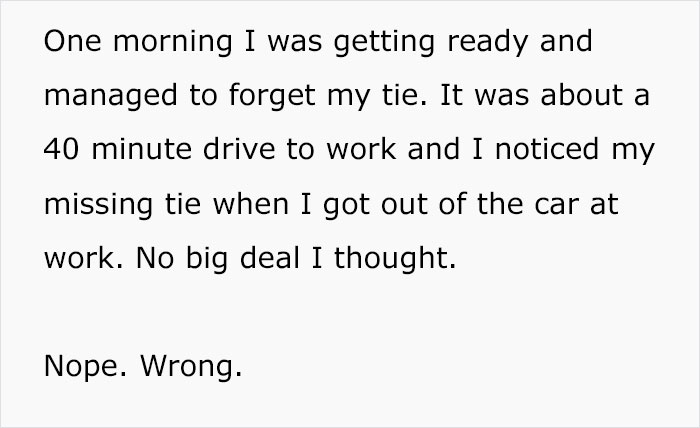 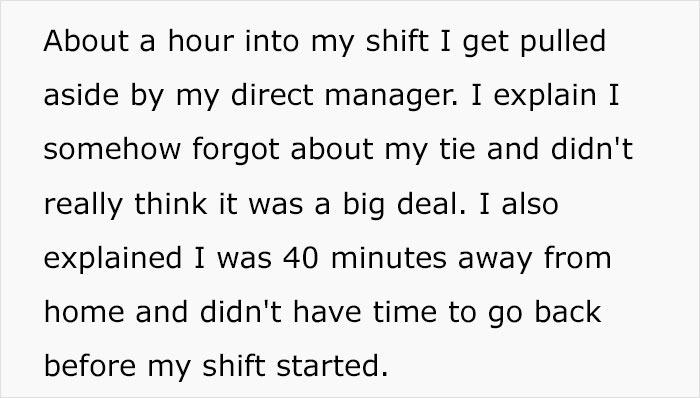 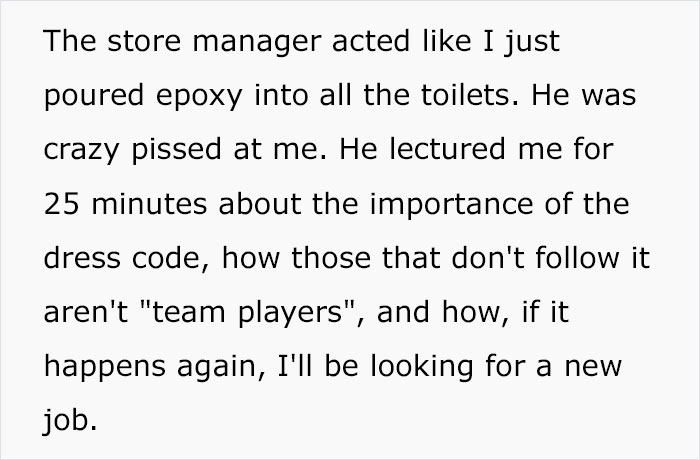 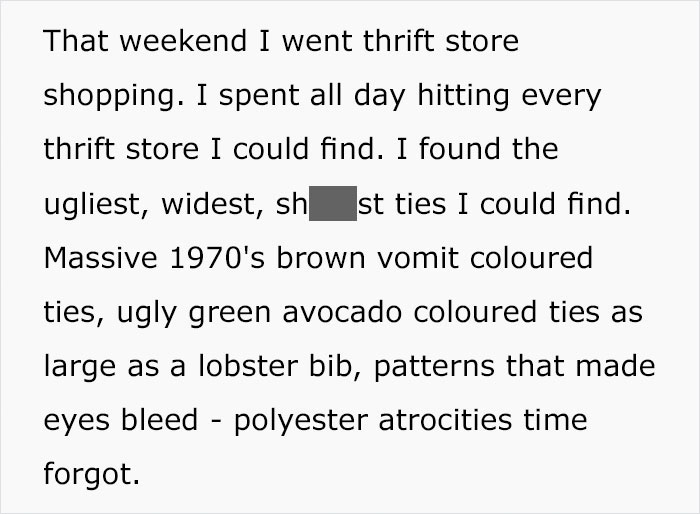 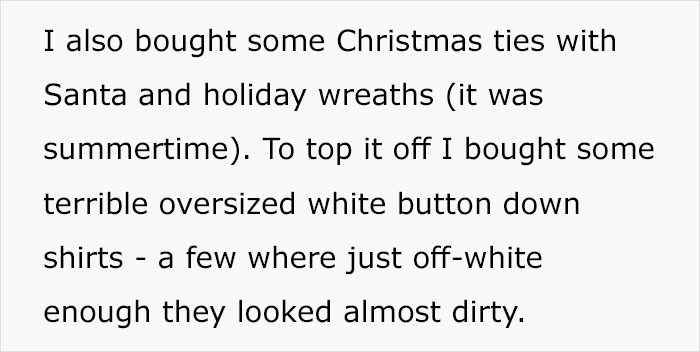 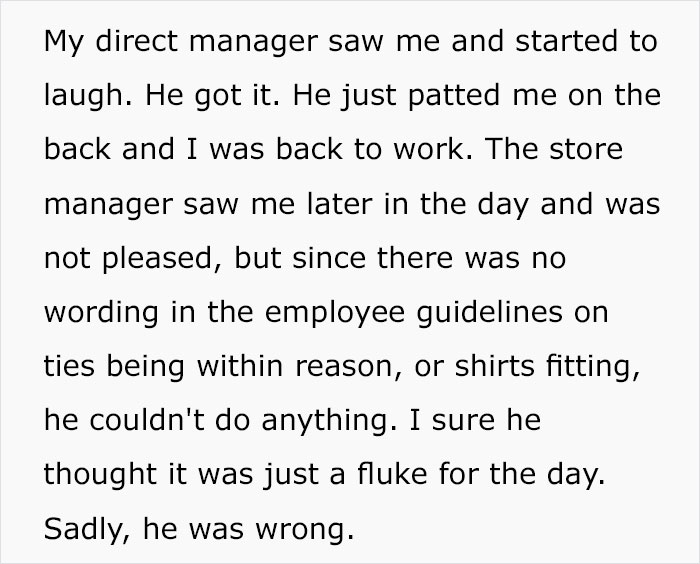 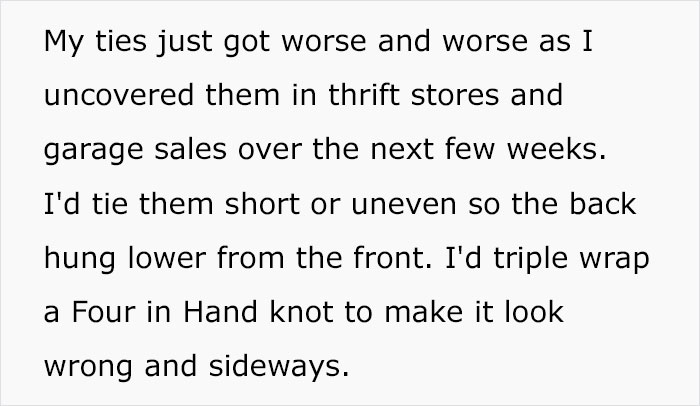 Dress codes (whether to have them, what clothing should be allowed and prohibited, as well as ways of enforcing these rules) vary depending on the atmosphere of the individual companies. I think it’s safe to assume that a small urban skate shop will be less formal than a Fortune 500 office, so will its employees’ attire.

According to a survey by Salary.com, different people have different feelings when it comes to clothing regulations at work. Some think such policies foster professionalism and hard work while others refuse to believe wearing jeans somehow detracts from performance. But people on both sides agreed that uncertainty breeds confusion which can lead to serious problems.

Only about 3 percent questioned said they’re not even sure if they have a dress code. So whether or not a company implements a dress code is actually secondary to making sure employees clearly understood how to dress for the job. Vague tie rules aren’t doing anyone any good.