They say “There’s no such thing as a stupid question.” The phrase implies that the quest for knowledge includes failure and the fact that you know less than others must not prevent you from learning. But whether or not you think it’s true, I think we can agree that sometimes people present their questions in such a funny way, you don’t know if you should just laugh or answer them seriously.

Interested in these situations, Reddit user u/Yurtle_212 submitted the following question to the platform: “What was the stupidest thing someone has asked you 100% seriously?” And everyone immediately started replying with their stories. As of this article, the post has nearly 37K upvotes and 25K comments. Below are some of the best ones. 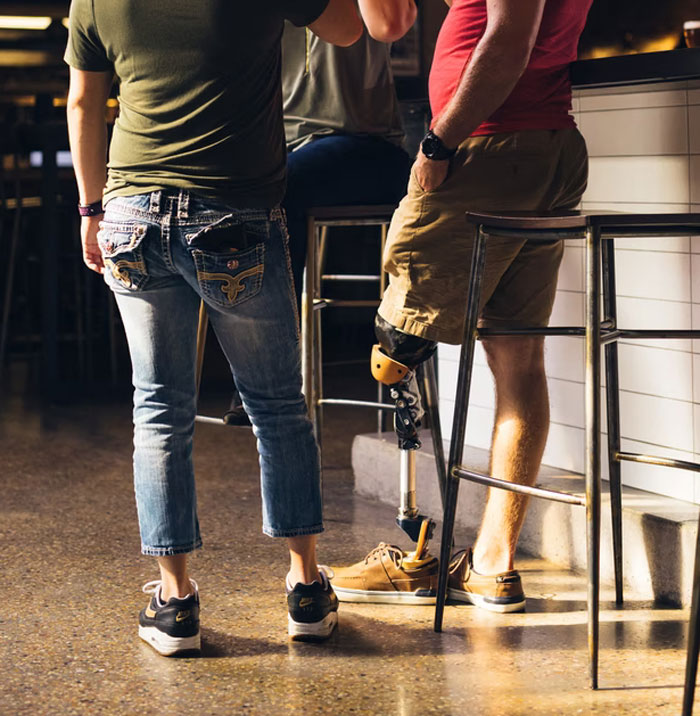 The insurance company asked if there was a chance that my dad’s amputated leg would grow back. 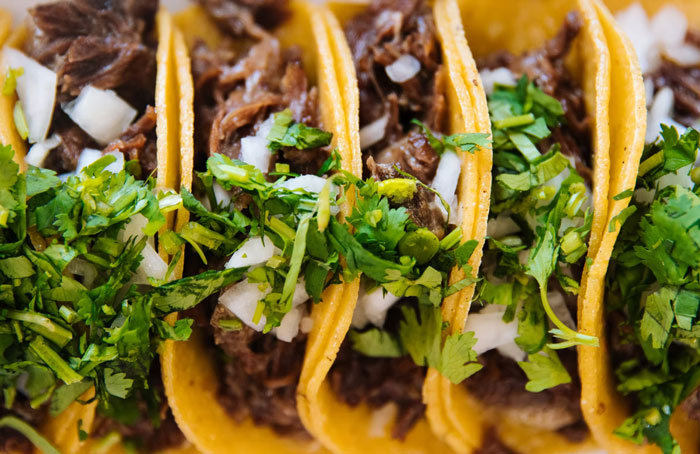 Waited on a woman who asked me what kind of meat was in our beef taco salad.

Lady: what kind of meat is in your beef taco salad?

L: what kind of beef? 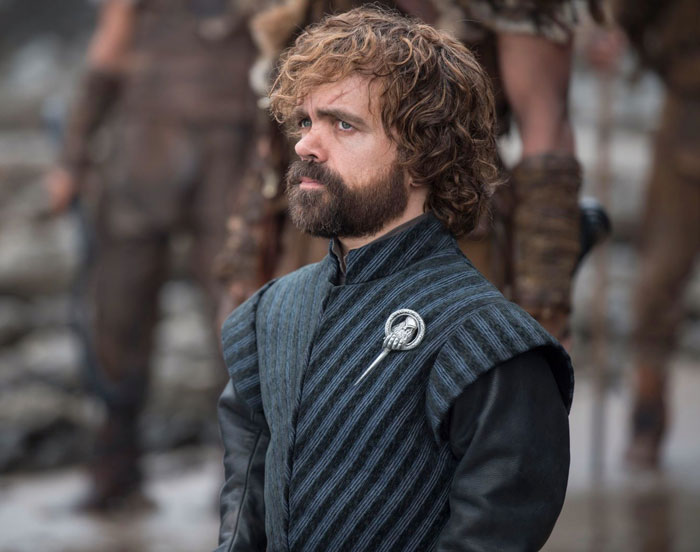 Because I am a dwarf I get a lot of hilarious ones, but one of my favourites was “do you need to get a smaller engine for your car?”

I really wish I could have seen your internal process that led to that question, lady.

My 21 year old sister once asked my entire family at dinner if Nuns don’t have sex where do they get more nuns. That takes the cake for me. 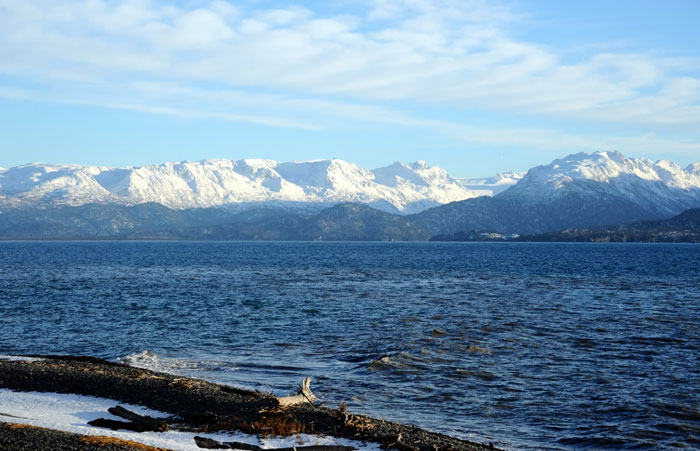 People visiting Alaska on a cruise would walk onto the dock– a dock portruding into the pacific ocean– then look up at the mountains and ask what elevation we were at.

1 foot, ma’am. You are standing on a dock which is at sea level. 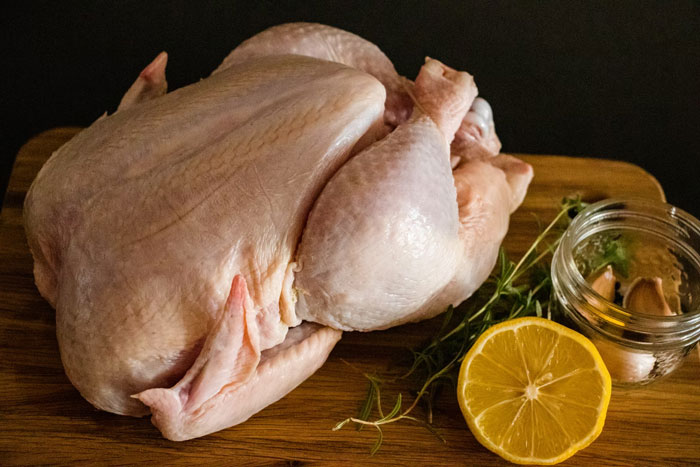 While working as a butcher, I showed a deli clerk how to break down a whole chicken into pieces. I show her, “two breasts, two wings, two legs, two thighs.” she looks at me and asks, “which part does the turkey come from?” 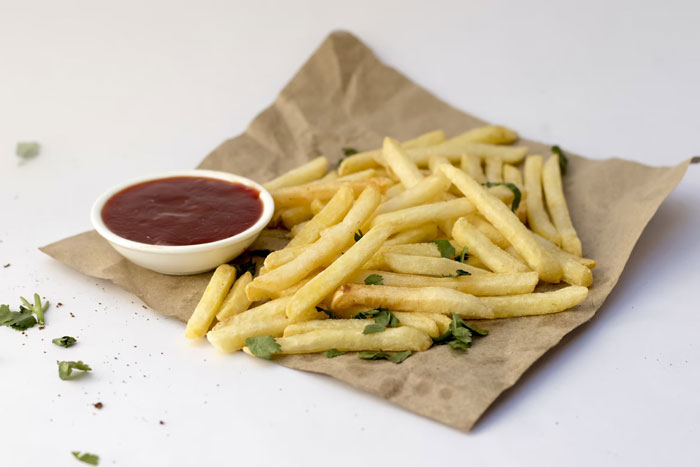 Someone was placing an order once at my family’s restaurant, and they had asked me for a side of French fries without the potatoes. I assumed she was joking, so I laughed…she wasn’t joking. She got offended and left the restaurant 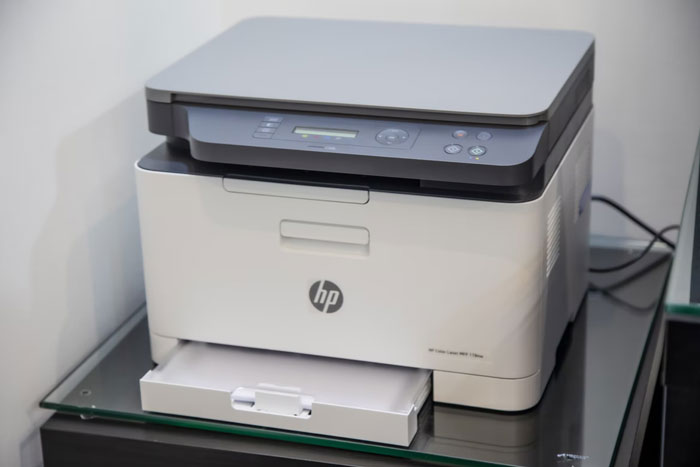 “Do we have the ability to open digital files?”

It was me. I’m white, ended up dating a long time friend of mine, who is black.

We were talking about going to the beach the next day, and I mentioned that I needed to buy some sunscreen. GF tells me she has some, so no worries. I asked her why she had sunscreen.. She was puzzled, for a moment.

She then responded “Yes, black people get sunburned. Just because you haven’t seen it, doesn’t mean it doesn’t happen.”

And she was right, I just assumed, in all my whiteness, that black people didn’t sunburn. She still makes fun of me for this. I am in my 30’s.. 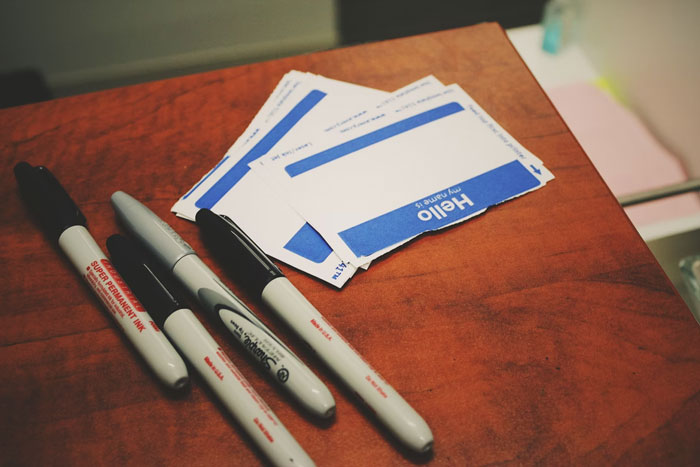 The Scene: Meeting some new people in a college class.

I introduce myself, “Hi, I’m LoveIsLegallyBlind.”

He thinks it’s time to double down. “Are you sure? Why not?”

Me: “Because that’s not what my parents named me…”

Like what? Who corrects someone on their own name? I have a somewhat unusual name. People misspell it or mispronounce it all the time, but this was special.

I was asked how far the luggage plane usually flies behind the passenger plane. The person who asked me went to an Ivy league medical school. 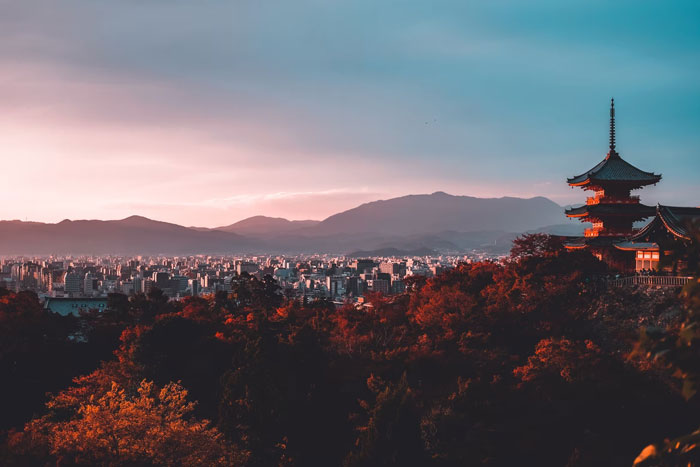 If it was possible to even land a plane on Japan because it’s so small.

Because, you know, maps are a 1:1 description of the world 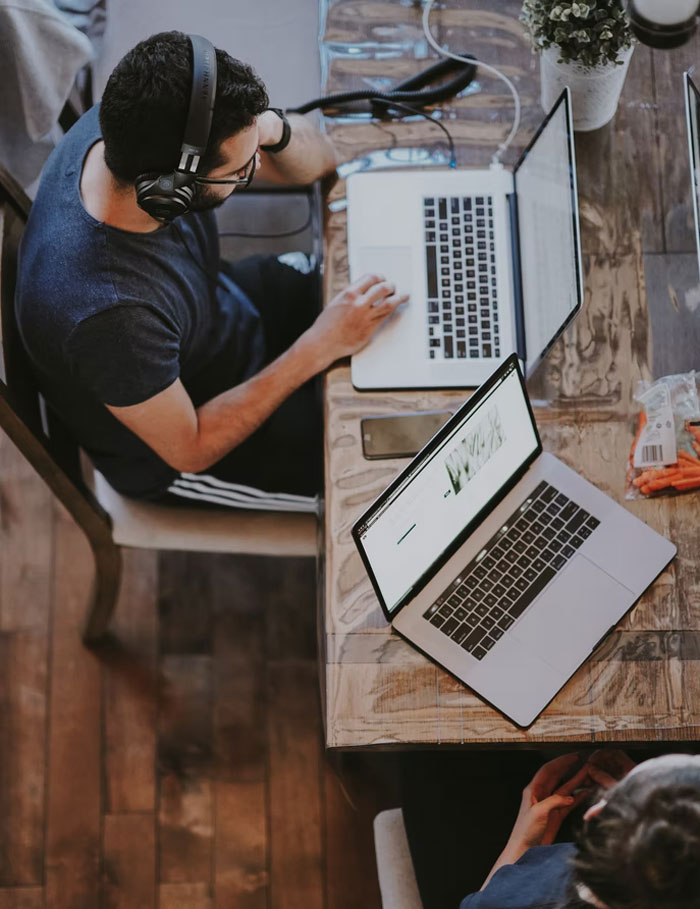 First day working a tech support job, I answer a phone call from a woman whose laptop won’t turn on. She’s at the airport trying to get some work done and is very frustrated because she had been working for several hours during a layover and the laptop suddenly shut off. I asked her if she had the laptop plugged in when it shut off, or if she was just running it on the battery. “It can be plugged in? I thought it was supposed to be wireless.”

I honestly thought I was being pranked because I was the new guy. After a lengthy pause to decide if this was a serious call, I advised her to try plugging it in. Laptop turned on, she was amazed that it didn’t just recharge itself when she wasn’t using it. 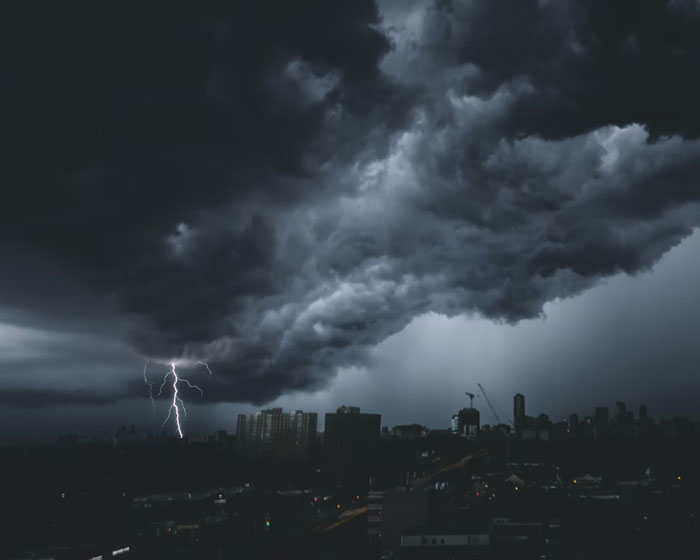 In high school, we were warming up before a baseball game one evening and some really ominous ,dark clouds started rolling in. One of my teammates very seriously asked “Is that a storm or is that just night coming?”. I will never forget that. 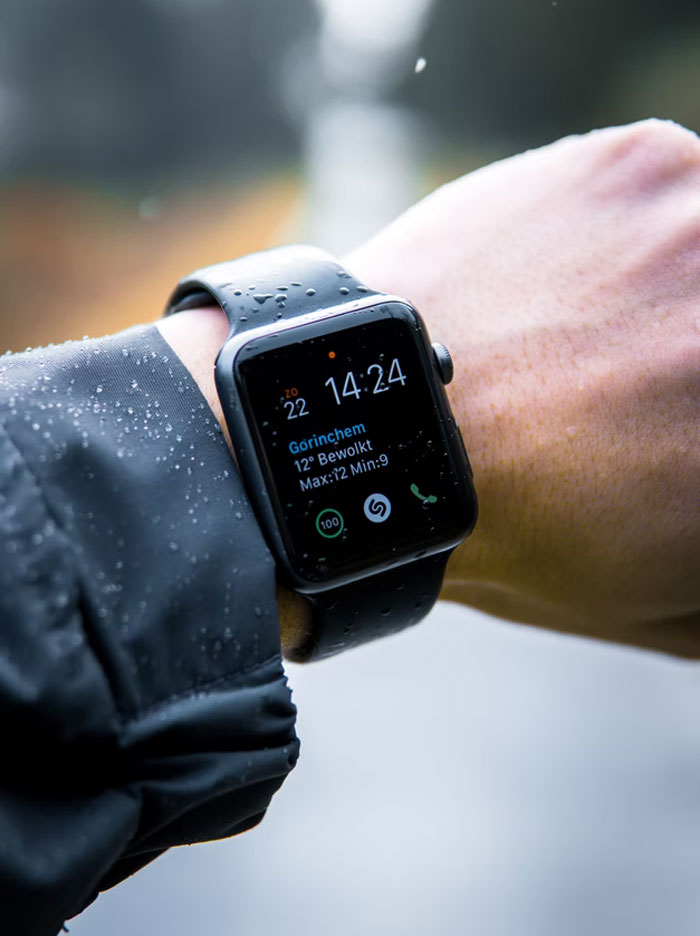 I worked at Disney World. This is the #1 most common question you’ll get asked as a Cast Member in the Magic Kingdom. 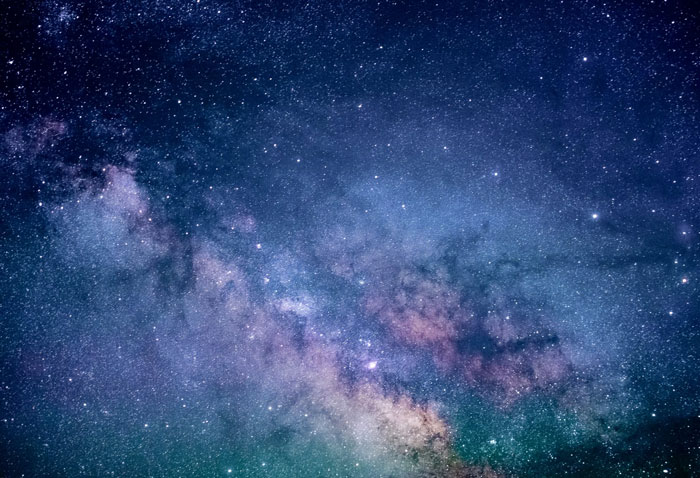 I was at my cottage looking at the stars at night with a friend and she turned to me and asked: “are there countries in the sky?” I didn’t know what she meant so I asked her to explain and then she said: “Well, are there any countries in the world that are just kind of, in the sky?” I was so confused that I just sat there in silence but eventually she says “I mean, is there land on the earth in the sky where people live that are countries?” At that point I just gave up and said “no” and she replied “oh, okay” so reassuringly

I work in a toll booth and was working on the westbound side. A lady drove up to my booth really mad, which is par for the course but I digress. She told me that every day she takes this route home from work, and every. single. day. the sun is directly in her eyes… Well of course, shes driving westbound at 6 pm. When I mentioned this she brushed it off and asked “well can’t you change the direction of the road or at least put a cover over it?! I can’t be the only person who is bothered by this!”

I live in a high-altitude town in the mountains. Every week, I hear this question:

“At what elevation do the deer turn into elk?”

WHY DO SO MANY PEOPLE THINK THIS!? WHY!? 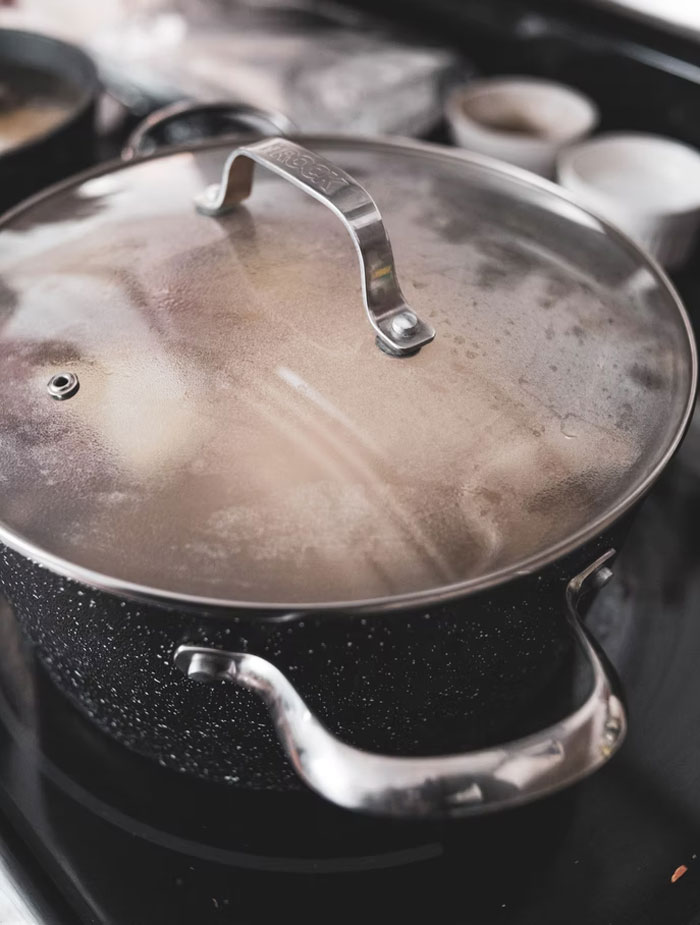 Work in retail. Guy comes in. He looks pretty average. Has a nice suit, nice glasses, well kept hair. Above average I guess.
He’s looking for a particular stock pot that the store carries and I bring him over to where they’re kept.
He begins to stare at the box, a deeply troubled look emerges slowly on his face as he places his hand on his chin.
The box art depicts the pot in use, with some photoshopped water and a corn cob bobbing out of it (this is relevant, trust me).
After about 10 seconds of him staring perplexedly at the box I ask, “Anything else I can help you with?”
He replies, sounding confused, “So… this thing can only be used to cook corn?”

I stared blankly at him. Was he fucking with me? His vexed demeanor told me no, he was indeed concerned about the product’s potentially limited use.

I honestly have no idea how long I was speechless. It felt like minutes. I couldn’t speak. No one is that dumb, right?

He eventually says, “It’s ok, I’ll figure it out from here”, and continued to gaze at the box in hopes of gleaning the answers to the troubles he had encountered.

Not me, but our safari guide in South Africa said he once heard a woman ask her husband, “Honey, is that the same moon we see in Texas?” 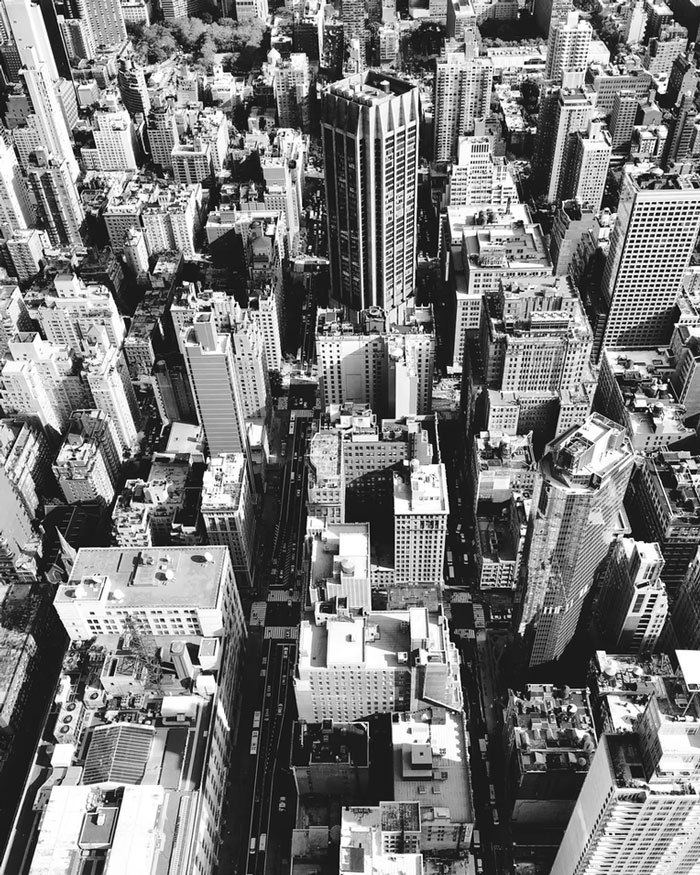 A girlfriend of a friend of mine asked. “ I wonder what it was like before color”. This chick thought the WORLD WAS BLACK AND WHITE not film.

For context, I work in a phone shop.

Customer: What is this? (Hands me his bill)

Me: This is your bill.

Customer: But I already paid it.

Me: Well then, don’t worry about it.

Customer: No, I mean I paid it last month.

Me: Oh, this is just your second bill then.

Customer: BUT I ALREADY PAID IT!

Me: Last month’s bill, yes. This is your next bill.

Customer: YOU MEAN THEY KEEP SENDING THESE EVERY MONTH?

Me: … yes … that’s what a phone contract is. You signed a contract for 2 years didn’t you?

Me: So you will get a bill each month for 2 years then.

Customer: WHAT A RIP OFF!!!

My grandpa left my place, immediately called me to ask if he left his cell phone at my place.

“How are you talking to me?” 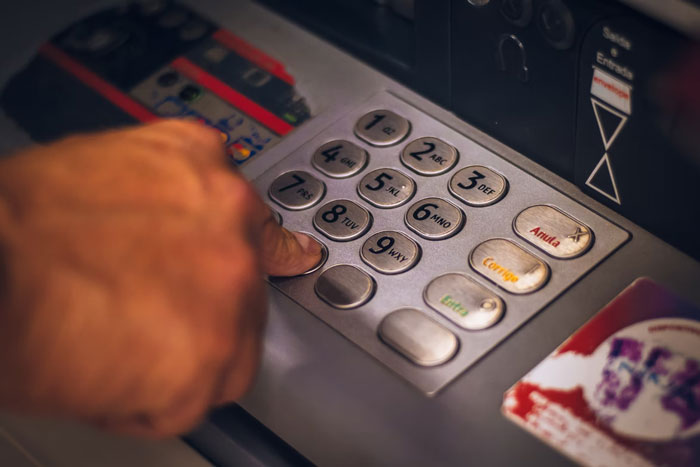 Literally had a guy ask me yesterday “if I hit the cash back button, does the money come out of my account?”

Dude was like 30 and he thought cash back was just…free money I guess? 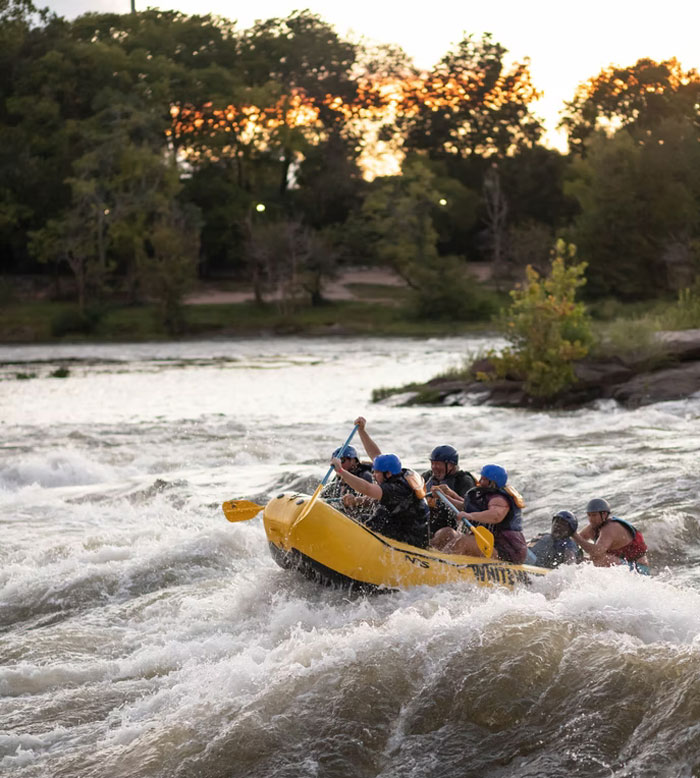 Working for a rafting company I’m asked far too often at the end of the float if we are back at the start. Rivers don’t flow in god damn circles!

I worked in a pizza restaurant when I was 16. They had a pizza they called a UFO pizza. It was just another slab of dough on top of a regular pizza, and it made it look like an orb, hence the name.

One day a guy that worked there was writing down a telephone order, turns around and says “hey guys, how do you spell UFO??” The owner looked mortified and just repeated “youuu eefff ohhh!!”. He stared back in silence for a few moments before it hit him. 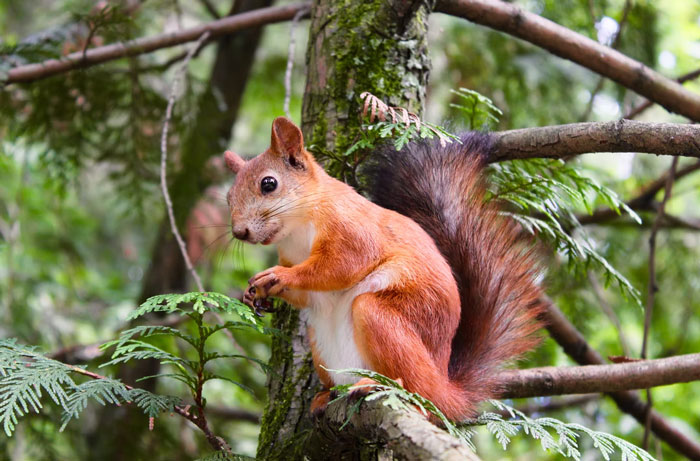 My twenty-something daughter asked why we never see squirrel eggs. Us parent types responded that’s because squirrels are mammals and don’t lay eggs like birds do. To which she responded, then show me an infant squirrel / “breastfeeding” squirrel.

This led to a conversation that was much longer than needed to be.

Had a lady insist that “the lights outside that you don’t plug in and don’t have batteries” were not solar lights. She got furious when she asked two more employees who both said solar lights. She then described the solar panel on top of those decorative garden lights, and demanded a manager. Who also told her solar lights.
Yes- she meant solar lights. She came back later, clearly embarrassed and bought some.

A woman asked me if gorilla glue was made from real gorillas. I laughed at first, but she was serious. She told me she was vegan and wouldn’t use the product if it was made with real gorillas. 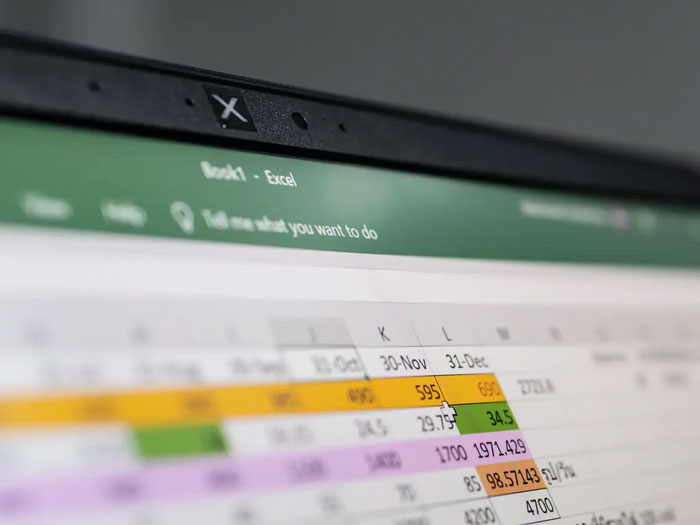 My current boss asked me to “make the pages smaller” so she can see all of them” she had excel zoomed in to 200% and thought I was just sending things in font 46. This person has been in her position for 12 years. Ugh.

In 8th grade science class, the girl sitting next to me asked – “How do we get into outer space if we have to break through the Earth’s crust?”

She thought we lived in the mantle.

Note: this post originally had 75 images. It’s been shortened to the top 40 images based on user votes.